Be careful in these odd financial times. True story. 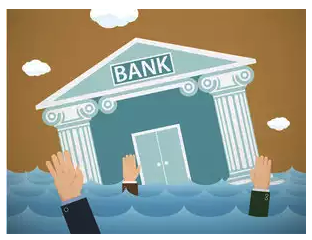 For years I've used Norton Security on my computers since I worked at Bell Atlantic/Verizon in the late 90's during the picket line that I experienced during the take over of Verizon. Personally I liked Ma Bell better. Plus, I hated the new dark brown and orange colors that they used for this new company but anywho....
I've heard the stories of Norton belonging to the government, etc. but I like it because it truly works.

I have a Mac now, I've had it for years. I tried to download Norton Symantec but it wouldn't work well on my Mac so I called in, talked to a man who "walked me through" my computer and removed it. Should be on record right? Well...

All last week I kept receiving emails that Norton was about to take money out of my account for a so-called "renewal." I didn't renew, I actually removed so I ignored it thinking that it was a hack for my banking info.

Sure enough, last Wednesday, (Oct 23rd, '19) Norton took $85.59 out of my Bank Account. I called them immediately and demanded my money back. The Indian-sounding man on the other side of the phone told me that he could give me a percentage back. I said that I didn't want the percentage but the entire amount back. He submitted my request for me and gave me a confirmation number.

I woke up Thursday morning, (Oct 24th, '19) and the money was back in my PayPal ready to go into my account. I was pleased. But here is the problem:

I woke up the next day with my money, and that's good. I woke up a day later with a double payment of $85.59 in my Bank Account. As tempting as it tried to be to use it, I called my Bank and told them that there was a double refund and I didn't want to use it. The nice lady on the other side of the phone said that it was totally mine and I could use it. The amount was fine. She said there were two charges therefore I deserved two back. I didn't think so - so I sat on it for another day. Sure enough, I woke up the next morning and guess what was gone???.... the other $85.59! Yep. They took the money back. What a play on my bank account.

Now here's the question that I have.... what would have happened if I used the $85.59 for the Water Bill that is allegedly due (but shouldn't be due yet?) Yes, that's happening to, watch your bills. My water isn't due until Nov 11th. Lol. I'd be a thief right? Oh the play on our money now a day is outrageous folks.

Watch your Bank Accounts. They play with and are good with numbers. Better than you think that you are. That's why I save in 999.9% 24k small increments of #Karatbars Gold.

Thanks for reading and have a 'rich' day.