My experience on the computer yesterday. (iMovie.) 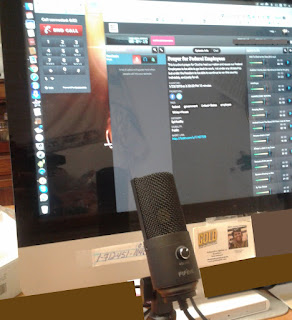 I just went through the strangest thing a little earlier today. I was on my computer recording a sermon, and when I was through the sermon just literally 'puffed' in front of me and was gone completely. This is not the first time that this has happened. I searched my entire computer and the sermon was gone. After about 20 minutes of sulking and feeling horrible about it I talked to my cousin and she comforted me. I thank God for that. Then it occurred to me to do it again because I had already written down my notes, (thank God) to go by therefore I could just try it again. It was going extremely well but then all of a sudden, halfway through, as I was talking about Jesus, one of my neighbors began to scream at the top of her voice so loudly that I had to talk louder on the microphone so that the listeners of the sermon would not be able to hear her. It honestly seemed like either she was being delivered by the word or she was doing it on purpose. I mean these were gut curdling screams. I continued to do the sermon and then I stopped. I actually had to use the recorder on my phone and a certain program on my computer so that if one broke down I would still have the other. This has been happening to me a lot lately. Either my computer mysteriously loses my sermons or people cannot call in to my radio show as some of you have experienced. Even as I write this, my phone is typing words that I said EARLIER on my computer during my sermon but not on this phone. My daughter saw it as well. I have to keep deleting.


I felt like a conqueror when I was finished because in my spirit I realized what was happening. But one thing that I do have to report to you is the fact that I had a horrific headache when I was through. It felt like I had been wrestling with Goliath. I believe that I did in the spirit.
I know this may seem odd to some of you but it was my experience and it's not the first time. But one thing I do know is that I will never give up on God. The devil knows his time is short and he's fighting with all that he has.
Let's keep praying for each other. God bless.