YOU make the noise! 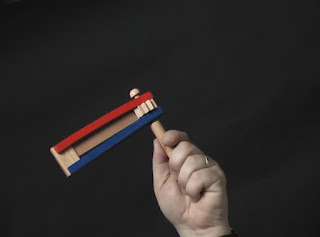 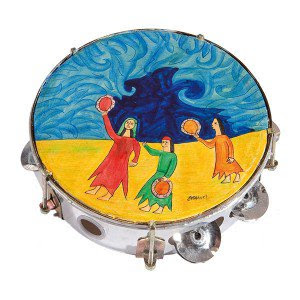 Let's take a look at the word noise. It is a sound that lacks agreeable musical quality for a sound that is noticeably loud. A shouting or an outcry. Harsh or discordant. A disturbance.To clamor, howl, hubbub, hallaballou, tumult, uproar, racket, roar, offensive to the senses.

Since I was a young child I always adored silence of the sort. During my course of  orphan-hood and moving around from home to home I quickly learned to back down and be quiet and get used to being the low girl-on-the-total-pole.

As I grew older and I began to learn about my real family I began to hear stories about how my grandparents on my dads side were loners and stayed to themselves. And then I met one of my uncles who is extremely handsome with beautiful African garb, and equipped with a sharp walking cane and beautiful head gear. But he was always by himself and darted where he had to go and never had company. He once stayed in an apartment so long that the police of the town that he lived in had to kick down his door to make sure that he was okay. And yes parts of my elders had a habit of either not answering the door or answering the door with a big gun in their hand. They also seem to fall out with one another easily. Sometimes you can see that running in the generations. All that you can do is pray. Rumors tell that it was the Indian in our blood to cause my family to be stay-to-our-selfers. Have you ever heard someone use that term? People who are antisocial always say that they enjoy their own company and they stay to themselves. They never want to admit that they have a fear of being around people. Whoopi Goldberg was on the Tamala Hall show today and she even admitted that she is antisocial and does not like to be around people. At least she admitted it. The uncle that I spoke of has since been institutionalized and now lives in a home and one of my cousins takes care of him. He stayed to himself so long that he became a hermit and began to hear voices, the wrong voices.

Sometimes we stay to ourselves so long thinking that we are hearing the voice of God speaking to us but sadly, most of the time it is not. If we violate Matthew chapter 28 verses 18 to 20 in any way, we have fallen short of the word "gathered."


Mat 18:19  Again I say unto you, That if two of you shall agree on earth as touching any thing that they shall ask, it shall be done for them of my Father which is in heaven.
Mat 18:20  For where two or three are gathered together in my name, there am I in the midst of them.

God wants us to get out of our comfort zones and enjoying life. The devil likes comfort zones, he can use your mind longer there. The mind is a battlefield and if you don't use it you will lose it. In being an introvert you can begin to see and hear what God didn't intend for you to see and hear. That is when the rain coat in the corner of your room begins to capture your attention at night almost seems as though it is moving. Mind games. Your stairs begin to crack you can almost swear that your neighbor's tapping on the walls on purpose. You wonder if there's a microphone or a camera in your home and any sound spooks you. These my friends are the workings of the enemy. You are afraid to make any noise or to snore, or get up to go to the restroom at night due to silence. Silence is supposed to be a place of peace. Some people complain about not being able to sleep but they won't admit that they're fearful if someone hears them snoring therefore their own snores constantly wake them up. They live the next day in fear and they are tired and worn. They don't need more caffeine or pills for energy, they need rest! Big Pharma makes a killing on people like this. Fear.

It's all about fear my friend. Satan is a fear-monger. There are videos on YouTube about gangstalking. Gangstalking is when people are fearful and they believe they're being targeted either by someone in the neighborhood or the government. Some may be true and some may be triggered by an inner fear or maybe even self guilt. All my life I tried to respect the privacy of others because I was raised that way, but the devils out there kept abusing that fact and I soon found that others could care less about respecting me! Was it an inherited trait or a learned one on my part? After all I was in the Marine Corps as well and that didn't help. We learned to be quiet in the dark or day.

This one morning that I woke up it seemed to be an unusually quiet Saturday to the point that even the birds weren't chirping. Have you ever had a day like that? It was around 5 AM and I quietly "laid and prayed" as usual and then something happened to me, I felt deep down in my spirit to be the noisy one for once! (Spiritual Warfare!) It was as though God said "You make the noise!" This is at 5 AM mind you and I was like... "what?" I said to myself "You make the noise!" and something about it sounded so good, so freeing. I heard, coming from my own mouth, "You make the noise!" I stood on the side of my bed, preparing to get washed up for the day and I just started smiling and thanking God for a new day, repeating scriptures out loud, saying, "I and the father are one! I am a royal priesthood! No weapon formed against me shall prosper." I continued on and on. It felt so freeing! I could care less who else was up. I wasn't concerned about neighborhood privacy because I was honoring and praising my Father in heaven. I was singing and exercising my lungs again after all these these years of being silent. I am one of those loud singers like Whitney and Chaka and I need space if you know what I mean. ;) I've been "whisper-singing" all these years living in apartments and it will ruin your voice if you let it.

So here I am praising and being free! I said "Satan you are underneath my feet!" and I walked around smiling and commanding the day (Carpe Diem).

Never give anyone or anything more respect than what you give to God. What if he was ashamed to give you a gift because one of the Saints in Heaven just happened to be standing around? What kind of father or a gift giver would he be? David said in Psalm 100 "Make a joyful noise unto the Lord all ye lands. Serve the Lord with ('Silence and sadness'?)" NO! "With gladness come before his presence with singing."

When you arise in the morning don't allow the sluggishness, sensitivity or negativity to inner your mind. Command your day. Thank God for waking you up. You make the noise. Make those demons run from you. A movie director used Psalm 100 as a victory shout when David killed Goliath in the movie "David" starring Nathaniel Parker. (My favorite movie.) Make this your victory shout! Make a joyful noise don't always wait on someone else do it. Everybody else will be standing around listening to you do what they're supposed to be doing. Stop watching other people live, let them watch you. How can we drive the Orthodox Jews to jealousy if we have nothing for them to get jealous over?

Are you going to continue to allow someone's Black Sabbath or Gangsta rap overdo your Kirk Franklin or Kanye West? I hope not. Now I don't want you to get outlandishly ignorant or belligerent ok? Just have a good time in Jesus. Bind the enemy, don't let the enemy bind you.