Prayer request: last night I dreamt about an old preacher that I used to write to named Leroy Jenkins in Ohio. I miss getting his letters and how he knew Faye Dunaway, etc. His letters were so uplifting. He allegedly went through something with his son as far as the ministry was concerned but I forget just what it was. Then either he got quiet after that or I moved around in life to much and lost communication with him. I like how he sent out Holy water to people. That was nice but of course, the devil jumped in and called him a fraud. If the man was believing that the water was touched by God, was that so wrong? Aren't we permitted by the Lord to call that which isn't as though it were? We have the power to do so. Even back in the day, the Apostle Paul and his crew cut up old rags and clothes and distributed them to the people and people got healed!  Do what the bible tells us to do and not what the World 'thinks' that we should do right? Just today, I'm looking online and I see that someone named Raven has just mentioned the same name. Pray for Rev. Jenkins family and loved ones. I just found out that he passed last year. Thank You very much and God bless. 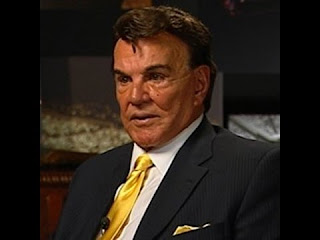 Get your free savings account here, now: www.goldladyllc.com Become a Customer or an Affiliate.
Posted by Rev. Esther R. Scott at April 06, 2018 No comments: